The sanctuary of the ‘El Miracle’ in Solsona is a religious temple built following the apparition of the Virgin to two shepherds in 1458. The fundamental artistic piece of the Miracle is the baroque altarpiece of the 18th century.

In the center of the altarpiece, appears a primitive virgin from the 15th century. She and a tree are carved from the same piece of wood.

Looking at her from the altar, you see her and the high tree behind her. But when you reach the virgin from behind (through a door to the right of the altarpiece going up some stairs) you mainly see the tree and her hidden behind it.

In both pictures the virgin and the tree are incorporated in the ‘femme’, seen from the front and seen from the back of the altar. 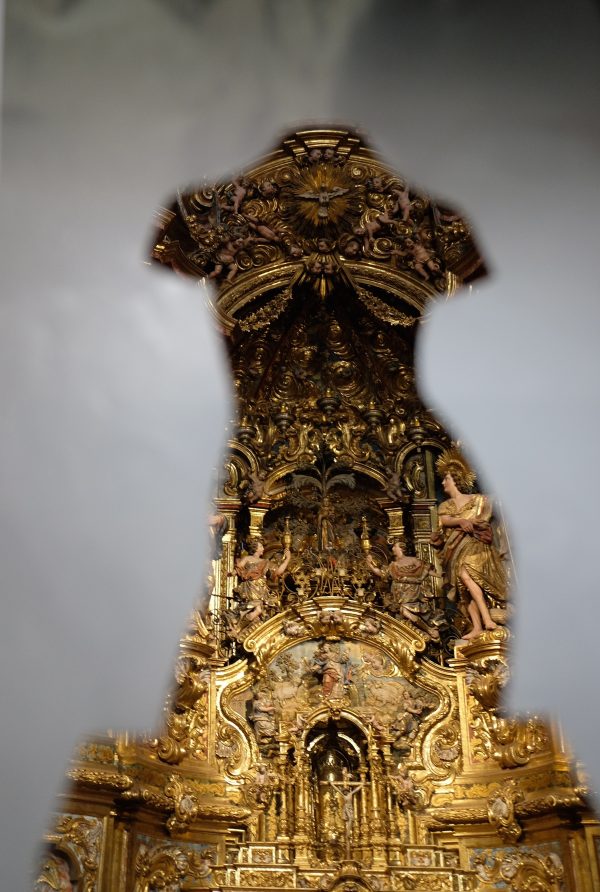 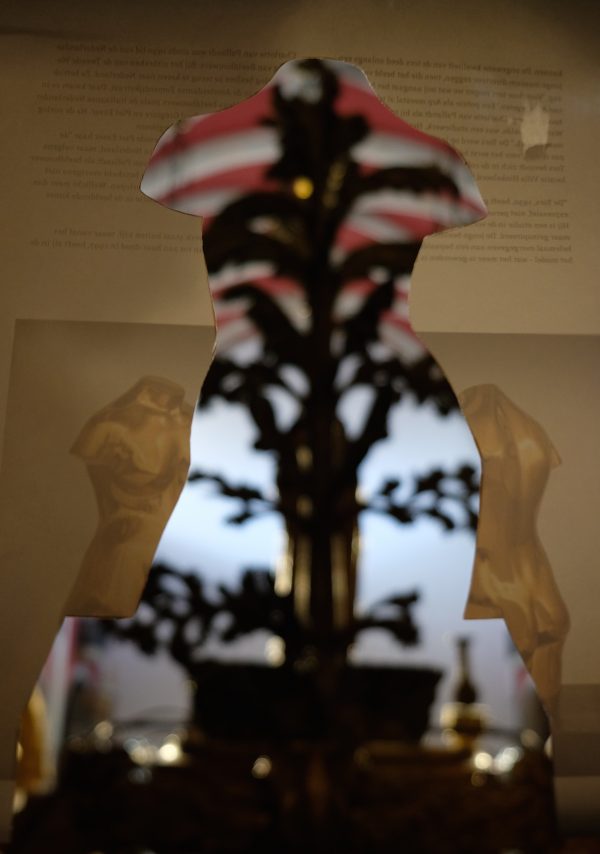